During a 7-month RV trip, I was encouraging my girls to travel solo. Gabby Petito’s story made me wonder if that was a mistake.

“Look at that lady,” I said to my daughters, who were two and six. “She’s setting up her tent all by herself.”

We were on Antelope Island in Utah, just outside Salt Lake City. We had been the only campers, watching the sun set over the Great Salt Lake, until a woman traveling solo pulled up a few camp sites down. As the sun went down, she snapped up her tent and built a fire with impressive efficiency.

As she set up camp, I made sure my girls noticed how she did it all on her own.

“Look at how big her fire is,” I said, giving my fellow camper a friendly wave.

At that point, my family had been on the road for about two months, still at the beginning of a seven-month RV trip around the country. But already, I had noticed lots of women traveling alone.

Each time I saw one of these women — in the wilderness of Utah, Colorado or California — I pointed them out to my daughters. I wanted them to know that they could and should travel solo; that the world was a beautiful and mostly safe place; that they are entitled to exist safely within it.

Nearly a year later, I watched the story of murdered RV traveler Gabby Petito with horror. I wondered if I needed to change my message to my daughters.

The joy and fear of solo travel

My own camping routine was entirely intertwined with my husband. He wasn’t working during the trip, while I continued with my freelance writing career.

That meant that he did the driving — all 16,000 miles of it — while I typed away. When we arrived at a campsite in our RV, he hooked up the plumbing and electric, while I focused on getting the kids’ space ready. I made sure that he showed me how to connect to water and clear our waste tanks in case I ever needed to be the one to hook us up, but I never once connected or disconnected on my own.

I was proud of myself for delving into this adventure: an open-ended road trip around the U.S. with two kids. Everyone I told said how brave we were, but to me those solo female travelers were the ones who really had guts. I envied their light, free travels and imagined what it would be like to be responsible to no one but yourself.

I wanted to think that I was the type of woman who could just pack up and go, all alone, but I honestly didn’t think I’d have the gumption: could I drift off to sleep alone in a national park, with everyone I knew hundreds of miles away?

Could I stroll confidently into the mechanic shop if my van had a problem? Some of my most formative experiences were around travel, but I always had a safety net: a study abroad program or close friend to fall back on. I didn’t know if I actually could do it alone.

One night, my husband and I were putting the kids to bed in a remote camping area outside Mesa Verde National Park in Colorado. We had snagged the last camp site, which was a huge relief, because there were no other places to stay anywhere close. When we saw a van pull in just after dusk, we waved them in. Our site was big enough to share, and we knew how scary it could be to have nowhere to sleep as the sun goes down.

The driver who hopped out was one of the solo female travelers who I admired. She was exactly my age, but traveling with only her dog.

“Do you get nervous?” I asked after we shared a bottle of wine around the fire.

“Of course,” she said. She took the precautions that come with being a woman in the world: bringing her dog, camping near families when possible and getting settled before dark. Her parents were apprehensive, but she explained, but she wasn’t going to let fear hold her back.

When my girls awoke the next morning, I pointed to the van on the other side of our camp site: “Come meet Grace,” I said. “She’s traveling all by herself. Isn’t that amazing?”

As I watched the story of Gabby Petito unfold, I was heartbroken. Like millions of Americans who felt that they connected with Gabby, I was drawn to the case. I had visited many of the same places she had travelled.

If not for a few months difference, we could have crossed paths. I had driven the road in Moab where police pulled Gabby over. I had ventured through Wyoming’s Bridger-Teton National Forest, where her body was recovered, and “boondocked” with other people living #vanlife in remote camping areas.

Each time I read an update, I thought about my daughters. I had spent months showing them that women could and should travel — was that a lie?

Gabby was of the generation that comes between me and my daughters. When I pointed out solo travelers, most of whom were younger than me, I was pointing toward the future that I wanted for my girls. Gabby was part of that future, even if her life had a tragic end.

Through my sadness, I realized that Gabby would likely want her legacy to be one of adventure, especially for the young women who come after her. Her father, Joseph Petito, highlighted just that when he asked mourners at his daughter’s funeral to be inspired by Gabby.

“If there’s a trip you guys want to take, take it now,” he said.

Recently, my older daughter, now 7, saw a picture of Gabby on the computer. “Who’s that?” she asked.

“A woman who traveled all over, one a trip like ours,” I told her. “You can have a grand adventure like that too, one day.” 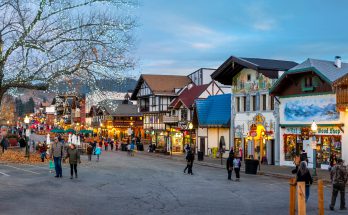 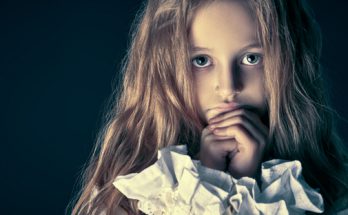 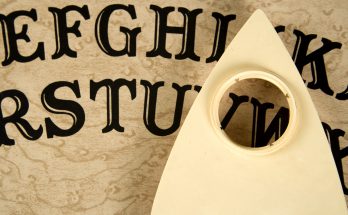 View all posts by Kelly Burch →