Do you like to shop, even when you don’t need anything? Are you afraid to get rid of things because you might need them later? Are you creating new storage spaces because your closets and cabinets are full? None of these scenarios is indicative of hoarding by itself. These are all situations anyone might deal with at some time. However, if your collecting habits have created issues for you in terms of your relationships, your financial situation, your safety, or your health, you may have a problem.

Vicki Ritter’s mother, Peggy, was a saver. To her, every item had the potential to be repurposed. Empty margarine containers stored paper clips, buttons, or rubber bands. An old bathrobe could be cut up to use as dusting cloths. Broken appliances were saved in case a part could be recycled to fix something else.

“The problem was,” Vicki said, “she never carried through with what she planned. Nothing was ever fixed; if something broke it just joined the pile of spare parts.” Slowly the house filled up. First the cabinets and closets, then the corners and hallways, and eventually the entire house, except for narrow passageways between the kitchen, bathroom, and the small area where Vicki ate, slept, and watched TV.

“She kept every piece of mail, flyer, magazine, and newspaper, stacking them up in the corners of the living room,” Vicki said, “In case she needed to refer back to them to find a coupon, a recipe, or some article that caught her eye. Of course, she never did.” Clothing, kitchen gadgets, linens, and other housewares, many with the price tags still on them or in their original packaging, lay in piles because Peggy planned to return them, give them as gifts, or use them herself. The problem was, she never got around to it. She did, however, find time to visit her favorite discount and thrift stores to search for good deals.

Vicki recalls when her mother’s saving turned from a thrifty practice to a serious disorder.

“Mom was always a saver; she grew up dirt poor, so she learned from her parents to make things last, or to find new ways to use something old instead of buying new,” Vicki said. But things got worse when Vicki’s parents divorced.

“I remember everything being pretty normal in our house up until I started junior high,” Vicki said, “After dad left things started changing quickly.” Vicki said that gradually her childhood home went from a normal suburban household where she frequently had friends spend the night, to an embarrassingly messy, smelly place she hid from outsiders.

“It wasn’t just saving things anymore. Mom just seemed to shut down. She went to work and brought home food, but that was the extent of her caregiving. She didn’t clean up after us or herself. Fortunately, my brother and I were old enough to do our laundry and wash dishes, but mom would get very upset if we tried to throw anything away, even what was obvious trash.”

Vicki’s younger brother, Rob, ended up moving in with their father, but Vicki stayed until she graduated from school. “I often felt trapped, but I couldn’t bring myself to leave her alone,” Vicki said, “It wasn’t until Rob and I were both out on our own that we were able to get help.” Vicki and her brother convinced their mother to accept counseling, and they continue to work with her on reducing her hoard. They are also working as a family to reconcile the feelings of anger, resentment, and abandonment that they felt as children.

Hoarding is more than just being a shopaholic or a collector. The Anxiety and Depression Association of America lists these symptoms of hoarding behavior:

Some hoarders are captivated by getting a good deal. They can’t pass up a bargain, even on items they don’t need. Others are interested in getting freebies and may pick through others’ trash. They may obsessively collect coupons or buy BOGOs regardless of what they are buying. Some are always on the search for what they perceive as special or unique items, but often the items they treasure are neither unique nor special in value or availability. For example, what one person may see as an old teapot, a hoarder may view as a priceless antique.

While a collector normally has a sense of pride in their collection, takes great care of their collectibles, and displays them appropriately, a hoarder often lets items pile up to the point where they don’t even know what or how much they have collected.

Many hoarders know they have a problem and usually feel some degree of shame, sadness, or anxiety over their habit. They may try to hide their hoard, not allowing others into their home. This can result in dangerous or health-threatening situations. If appliances or systems within the home break, they try to make do without them to avoid letting repairmen see the way they live. Once things start breaking down, or the hoard blocks exits, contains mold or mildew, pests, or animal or human feces or urine, the situation can become life-threatening.

Hoarding affects 2-6% of the population, men more than women, and is more predominant in people over fifty. People with hoarding disorder often experience other mental disorders, including depression, anxiety, ADHD, or alcohol use disorder.

Animal hoarding is a particularly severe disorder that threatens the health of both the hoarder and their animals. The hoarder often believes they are caring for the animals, even when they are confined to cages or trapped inside a home with no ability to relieve themselves in a sanitary manner.

The American Psychiatric Association offers this self-assessment for analyzing behavior.

Do you have trouble discarding (or recycling, selling, or giving away) things that most other people would get rid of?

Because of the clutter or number of possessions, how difficult is it to use the rooms and surfaces in your home?

To what extent do you buy items or acquire free things that you do not need or have enough space for?

To what extent do your hoarding, saving, acquisition, and clutter affect your daily functioning?

How much do these symptoms interfere with school, work, or your social or family life?

How much distress do these symptoms cause you?

Persons who need help for themselves or a family member should contact a licensed mental health professional who specializes in hoarding disorder. 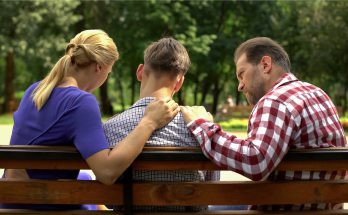 My teenager came out as nonbinary, and this was the hardest part. 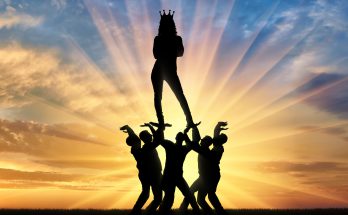 What do you do with a narcissist in the family? 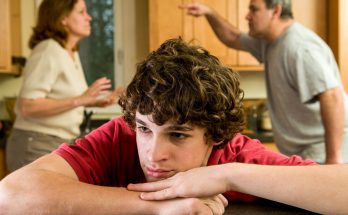 How to talk to your kids about divorce

View all posts by Deb Ingram →