The pop culture version of menopause is that it’s a stage women get to where our periods stop and we can’t have kids, and we dry up physically while we explode emotionally, making other people want to avoid us.

Now that I’m on the precipice (although it could be a very LONG precipice, I’ve been told) and many of my friends have already arrived, I can see the truth: Menopause isn’t some terrible thing to lament. It’s a reason for a party! Here’s why:

How is this a tragedy in any sense of the word? Men of the world, if you bled out of your penis once a month, every month, for your entire adult life, TRUST ME, you’d be celebrating the end of that process.

Yes, we women are used to the sight of a blood-filled toilet, ruined underwear if we aren’t up on the timing of our often erratic cycles, and all the symptoms that come with it, like cramps and headaches.

The periods some of us longed for when we were tweens that seemed to mark the lines between us and our more sophisticated peers quickly are, as we soon discover, a massive inconvenience. It’s nice to know my body’s working the way it should, but does it have to be so messy and gross?

For lots of us, the first birth control we used was the condom, and one of the many joys of getting into a long-term monogamous relationship for me was leaving condoms behind and getting on the pill.

All that fussing, finding them, the unwrapping, the stopping and placing, the wrapper, the discarded thing itself… buh-bye. When you get to a certain age, they take you off the pill, and then you have to get retro and find something else again, just like when you were 20… until menopause!

Yeah, that’s the part they don’t tell you about. There was an article in the New York Times last week called  “Why Is Perimenopause Still Such a Mystery?” about how we live in a culture that completely dismisses the process.

I’ve written about this before, this under-explained, under-explored, under-discussed stage that every single woman goes through. (Again, if men went through it? We all know about male pattern baldness, prostate issues, and Viagra, don’t we?).

I’m in the throes of it now and I get constant, unpredictable, terrifying-to-witness periods. My brain sometimes just can’t find the thing it had in its grasp ten minutes ago. There are many different symptoms, all erratic, all largely ignored by the medical community. And this phase can last years! Menopause is a mighty slow process, and when we finally cross that finish line, we have no reason to mourn what’s gone, no matter what we’re told about It on jokey sitcoms.

Let’s bring it out of the shadows

I’m tired of menopause being this hushed thing women talk about amongst ourselves. We can’t even bring it up in the wrong crowds—meaning younger women and all men—because we get dismissed as no longer interesting or viable people from that moment on.

But we should be celebrating this rite of passage. We’re no longer tethered to monthly cycles, we don’t have to worry about pregnancy anymore, and we get to move on to a new phase of our lives at a time when some people think we’re done. Far from it!

My big sister first proposed this theory to me:  We celebrate so many rites of passage. There are bar/bat mitzvahs, and celebrations for birthdays, pregnancies, graduations, anniversaries, retirement… where is the special occasion for finally crossing that border and achieving menopause? Why, instead, is it a shameful secret?

The good news is, some female filmmakers out there have been slipping menopause into the pop culture conversation, like Nancy Meyers. My favorite is the scene between Erica (Diane Keaton) and Harry (Jack Nicholson) in the 2003 movie Something’s Gotta Give. They’re about to have sex, and as they’re (literally) tearing their clothes off, Harry—who’s used to dating significantly younger women—stops for a moment.

Harry: “What about birth control?” 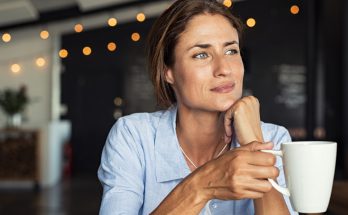 The confusion of middle age and women today 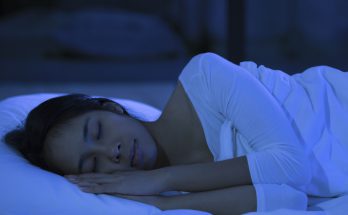 Sleep and aging: how to stay in the rhythm of the night