The Best Yoga Poses to Help You Relax

The first time my husband was laid off, we had just decided to start trying for a baby. We were standing close together in the kitchen of our first apartment when he delivered the news. I was panicked, but he told me it would be fine. Instead of renewing our lease in our fancy loft, we moved into a family member’s home for a few months. I insisted we go ahead with expanding our family, and my husband used the time to transition from working in construction to law enforcement, a long-time dream. By the time our daughter was born, my husband had a new career and we had a new apartment. Things seemed stable.

The Second Time Around

The second time my husband was laid off, I was seven months pregnant with our second daughter. I was brushing my teeth, about to go to bed, when he came home at the beginning of his night shift, without his uniform on. That shock was harder to handle — while layoffs are common in construction jobs, you just don’t expect them when working for the government. I was immediately transported to the same panic I had felt four years earlier.

And yet, again, everything worked out. When you’re in the thick of a thing it’s infuriating to hear t platitudes like “everything happens for a reason,” and yet, these sayings have rung true for my family. After the second layoff, my husband became a stay-at-home dad. My youngest, now nearly two, is attached to him in a way her sister never was as a baby, and our family is more relaxed with one parent dedicated to the kids. We’ve been lucky to make proverbial lemonade from the lemon of job loss.

Along the way, we learned a lot about how to handle unexpected layoffs. Right now, my heart breaks for the millions of families around the world who are experiencing that sinking feeling I’ve had twice. If you’re one of them, wondering what comes next after losing your job, here’s my advice.

When you first get the news, give yourself a day to let your emotions loose: cry, rage, scream. But then, decide what’s most important. That might be connecting with services like unemployment, making more money, or finding your new routine. Identify what you need to do in order to feel a bit more in control of your situation.

Set Your Own Priorities

After the job loss, two priorities quickly emerged: my husband and I wanted to reduce stress and we needed health insurance. The insurance was obvious, since I was entering the third trimester. The stress management wasn’t as clear. We had a very stressful postpartum period with our older daughter because we were coming off a period of unemployment. We both wanted to do our best to enjoy the transition that would soon be happening in our family. My income was enough to support us (with some cutbacks), so we decided that my husband would stay home and reevaluate his job search after our baby was born, rather than going through the application process at the end of my pregnancy. Instead, we took that time to focus on family.

During the second layoff, my husband was remarkably calm. He was downright stoic. I, on the other hand, was fulfilling stereotypes of pregnant women everywhere, oscillating between grief and tearful worry with impressive frequency. After a few later, I had calmed (our plan to prioritize stress management was working), while my husband was becoming frustrated at the injustice of the situation.

We had to realize that we were processing the job loss (and its implications for our family) in different ways at different speeds. We respected that and offered each other space. Whoever was more upset got free rein to vent or pout or cry, without needing to support the other.

Remember, You’re in This Together

Job loss is jarring, especially for the person laid off. It’s also disruptive for the whole family, who needs to adjust their routines and spending habits. Give yourselves space and grace to get through this, while checking in with each other about goals and the future. Don’t put pressure on yourselves, and remember — sometimes it really does all work out. 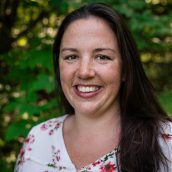 How to See Prague without the Tourists

The Basics of Being Basic: Fall Edition

What the Most Successful People Do That Can Benefit You

Job Hunting During a Global Crisis

Take This Job and Shove It! Knowing When It’s Time to Quit

I accept use of cookies
PRESS ESC TO CLOSE