When Ginny & Georgia was first released on Netflix a few months ago I had no interest in watching it. While I enjoyed an endless stream of teen dramas when I was younger, I find myself less responsive to the genre now. It was only after a friend of mine consistently bugged me about it, claiming that the show did a good job reflecting what our life was like in high school, that I decided to give in. After completing the ten-episode roller coaster that was Ginny & Georgia I have a lot of thoughts.

The story follows Georgia, a southern femme fatal, and her daughter Ginny, who she had at the age of 15. The show blends teen drama with adult drama by focusing on the relationships and problems the two titular characters face. Ginny & Georgia attempts to comment on a variety of issues that involve race, sexuality, gender inequality, and more and at times it comes off as an expose on wealthy suburban life.

A flawed character you root for

Firstly, I want to note that myself and all of my friends agree that Georgia is a badass. While she has certainly made questionable and bad decisions, we can’t stop ourselves from rooting for her. She has learned to take advantage of a system that has held her down and the determination and strength she has to address all of her problems is admirable. Despite knowing that she has done awful things she remains to be someone I want to see succeed and I think that’s the show’s intention.

It gets teen language right

In regards to the dialogue and the way the teenage characters speak, I would have to agree with my friends’ claim that it does a relatively good job of depicting the way people talk in high school. While there are certainly areas where the show does awkward things (Hunter singing to Ginny through a Snapchat with a puppy dog filter comes to mind) it holds up pretty well in comparison to other teen shows like Riverdale.

The way that Ginny & Georgia brings up sex and how sexuality is discussed among young adults also feels very realistic. Many shows vamp up the sexual encounters between two characters and avoid the awkward conversations that can come after; Ginny & Georgia does not do that. It doesn’t shy away from the topic or hesitate in removing the rose-colored glasses that often dictate these types of scenes.

I was taken aback by the candid way Ginny & Georgia talks about mental health. While HBO’s Euphoria stands out to me as one of the best stories to engage this topic, Ginny & Georgia normalizes the common struggles teens go through while also making it clear that there are ways for people dealing with these problems to ask for help. I especially enjoyed how Marcus talks about his experience with depression as TV and movies often only show female characters dealing with this issue.

It misses on LGBTQ relatability

My only big problem with the show was Max. I have spoken to numerous friends about this and am not alone in feeling that she comes off as a lesbian teen written by a straight person. As someone who is queer, I am always excited to see representation within TV especially when it comes to queer girls as this is a group I feel is often overlooked.

I found myself more focused on her cringey dialogue than her character and role in the story; I was disappointed with this especially because the show seems to do a pretty good job at accurately representing how teens speak except for when it comes to her character.

I find it really interesting that many people are comparing this show to Gilmore Girls; to me, the only thing the two seem to have in common is that they are based in a similar place and their respective narratives heavily feature the relationship between a single mom and her daughter.

Ginny and Georgia’s murder mystery/teen drama aesthetic does not really exist in the same category of the light-hearted and witty Gilmore Girls. While at some points the characters from Ginny & Georgia can remind you of characters from Gilmore Girls that is often true of most teen dramas. I did however see an article that claimed Joe is Luke Danes for millennials and I found this to not only be extremely funny but kinda accurate.

While I likely wouldn’t have watched this show if my friend hadn’t asked me to, I am glad that I gave it a chance. After the last episode’s cliffhanger, I’m anxiously awaiting season two. I hope to see more fun creative choices like the 70s slasher-themed Halloween episode. I am also praying that Padma (in my opinion an underrated queen) gets to be happy after everything she has had to deal with. Overall, this show is a good quick binge that you should try if you have the time. 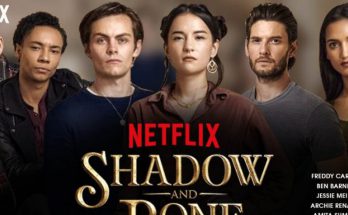 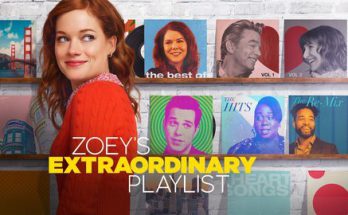 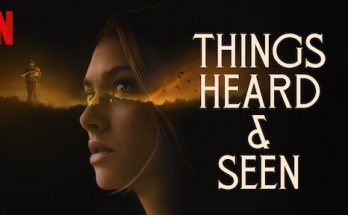 Grace O’Mara is an English major currently attending university in Boston, MA. As well as studying literature, she is working towards earning a minor in writing and women’s, gender, and sexuality studies. She grew up in Shanghai, China and Prague, Czech Republic and loves to travel. When she isn’t doing school work she spends all of her time reading, watching movies, buying vinyl, and thrifting.

View all posts by Grace O’Mara → 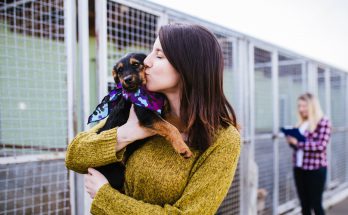