There are entire cookbooks, bookstores, and libraries dedicated to French desserts. And every cookbook on French cuisine must have at least one chapter on desserts. No matter how rich and satisfying a meal, there always seems to be room for dessert. Here are some of my favorites.

Crème brûlée (burned cream) is a great example of The French Paradox (eat rich, stay slim), which I have renamed The French Advantage, since it’s because of the richness of French food that the French have traditionally been among the healthiest, with the most enviable figures and lifestyles, not despite it all. Eating richly satisfies, keeps you from snacking, and means focusing on nutrient density, rather than entertainment value (Though the French are also somehow so skilled at entertaining while serving the best foods!).

As for mousse au chocolat, as I say in The Bordeaux Kitchen cookbook (where I do have a requisite chapter devoted to desserts), every French household has its own recipe. I learned one from a good friend in Bordeaux who taught me several recipes and who keeps his family well nourished while his wife brings home (most of) the bacon (The recipe is in my book and available from my website). The beauty of both crème brûlée and chocolate mousse is that you make these a day in advance, so you don’t have to fuss while you are trying to entertain your guests.

One easy fall dessert is caramelized apples: butter, 3 chopped apples, 2 pinches of fine salt, a few dashes of cinnamon powder (a bit of orange zest and orange juice if you want to get fancy) – stir over medium heat until the apples are tender on the outside. Add a bit of heavy cream, liquid or whipped, and you have a little of heaven on earth.

For apple (or pear or berry) crumble, you mix together with your fingers until crumbly: one part each of flour, butter, and almond meal, add sugar and salt to taste. Place fruit into a casserole dish or small oven-safe individual serving dishes, sprinkle on the crumble mixture, and bake in the oven at around 395˚F/200˚C for 20 minutes (depending on your oven – watch that the crumble turns a bit golden but doesn’t burn.) Again, add liquid or heavy cream or vanilla ice cream. You can also use a high quality sour cream as a topping, in a pinch (or chocolate chips…) Voilà!

Who doesn’t love a good crêpe? The savory kind are called gallettes, made using buckwheat flour to give them that dark brown color, and are generally topped with butter and savory toppings like ham and cheese. But we were talking about desserts, so that would be the “sweet” crêpe, served with butter and sugar and sometimes other sweet toppings like chocolate sauce. I make my crêpes grain-free, using a flour that acts similarly to wheat flour but is grain-free, cassava flour (My book has the recipes!)

Who Moved My Cheeses?

In lieu of a dessert, cheese IS often the dessert. There is fromage blanc, a thick custard which can be “sweetened” with berries or honey. Soft, mild goat cheeses can also be “sweetened” in this manner. Otherwise, there are the many soft, hard, soft, mild, creamy, or dry cheeses to choose from for a cheese board to top off a meal. Give your guests (and yourself) a nice selection: one aged goat cheese, one creamy cow cheese, and one hard cow cheese. After that, any addition will be welcome, at least on my plate! Oh, and don’t forget the wine. 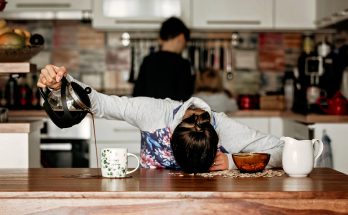 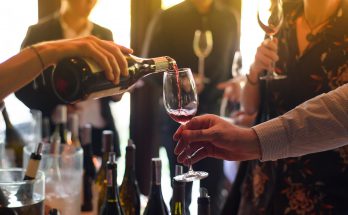 How to Host a Wine Tasting at Home