Summer is here and you know what that means; swimming pools, sunshine, lazy hot afternoons and of course, barbecue season. This time of year there is nothing quite like a meal fresh off the grill. Using a good marinade is a big part of grilling, and while store-bought is quick and easy, it doesn’t take much to create marinades yourself. I have my own list of favorite recipes, most of which work well on nearly any cut of meat, fish, poultry or even fresh veggies. Check out these homemade marinades for a delicious taste of summertime, anytime:

This recipe isn’t as sweet as a teriyaki sauce, but is a flavorful, Asian-inspired marinade that works well on nearly any cut of meat or poultry.  Combine one-half cup of soy sauce, two tablespoons olive oil, one teaspoon sesame oil, one tablespoon brown sugar, two cloves diced garlic, one tablespoon grated fresh ginger and a couple of finely diced scallions. Whisk all the ingredients together until well-combined, then marinate meat for at least six hours, or overnight.

This is one of my favorite marinades for chicken or shrimp kabobs on the grill. Using bottled Italian dressing, mix one cup dressing, 2 tablespoons curry powder, one-quarter cup of honey, and one teaspoon black pepper. Whisk thoroughly, reserving some of the marinade for basting later. Marinate chicken, shrimp or pork for three to six hours, then grill. If you’re making kabobs and want something unique, try adding fruit like mango, papaya or slightly green bananas.

I love a good Jamaican Jerk chicken, and this marinade is great because you can make it as spicy (or not!) as you like. Dice two jalapeño peppers, omitting the seeds for less heat, or leaving them in if you want more spice. Combine with four diced scallions, two cloves of minced garlic, the juice of two limes, one teaspoon of allspice, salt and pepper to taste, and two tablespoons of olive oil. Make sure the chicken is fully immersed in the marinade and cover, leaving it for at least three to six hours.

Carbophobia: Are Your Fears Well-Founded?

This is an easy marinade that works well on poultry or fish. Combine the juice of three limes, one quarter cup olive oil, one tablespoon sugar, one clove of minced garlic, and a tablespoon of diced cilantro. Add about a half a package of powdered Italian dressing mix, and whisk together well.  Marinate for at least two hours, or overnight, unless you’re grilling fish, in which case you’ll only need to marinate it for about 30 minutes. Citrus juices like limes or lemons tend to “cook” raw fish, so you won’t want to let it sit for too long.

For enhancing those perfect cuts of beef, chimichurri is the way to go. Best of all, it looks and feels kind of fancy but is actually very simple to make. Combine one cup of chopped fresh parsley, one tablespoon fresh or dried chopped oregano, two finely chopped shallots, four cloves of minced garlic, one half cup olive oil, two tablespoons white wine vinegar, half a teaspoon red pepper flakes, and salt and pepper to taste. Reserve some of the sauce to serve with your meal, and marinate the meat for three to four hours before grilling. 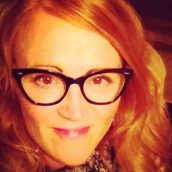 Jody Ellis is a freelance writer who specializes in beauty, health, travel, fashion and style. Her work has appeared in publications such as LennyLetter, Huffington Post, BBC Future Planet, Civil Eats and Eater.

A Surprising Christmas Gift for Your Teen

Thanksgiving is Different, But Don’t Give Up on It

I accept use of cookies
PRESS ESC TO CLOSE