We are gathered here today to mourn the passing of some very special people. They were sons. Fathers. Brothers. Husbands.

Whether these fine men died in combat, by screaming down the road in a dramatic street chase, by total knockout, by alien invasion, or by not being able to fit that last puzzle piece in the right spot in time, they are no longer with us. And they leave behind this group of confused, neglected women—the videogame widows.

Did you ever stop to consider that it was our generation of husbands who never stopped playing video games? Granted, video games really came into their own during our generation. The options at the beginning were limited and definitely geared towards children. If you were a grown man spending all your time at an arcade in the 80s, people would have thought you were a bit creepy. Heck, if you’re a grown man spending all your time at an arcade even now, people think you’re a bit creepy, given almost any game you can feed quarters into (not that any game takes quarters anymore) can now be found on your six different consoles, your laptop, your tablet, and your phone. And the games got more impressive—better graphics, better stories, better weapons, better joysticks (err…controllers!). And they got longer. And longer. And longer. And longer… oh dear God, is there an actual end to Tomb Raider?

But this can’t fully be blamed on the evolution of the games. Our dads certainly had access to Atari’s and Colecovision. Pitfall, Zelda, Mario, Contra, Spy Hunter, Labyrinth, Tetris. These were fine for their time. Fun. Challenging. But for the most part, Baby Boomer dads believed grownups didn’t play video games. After a certain point you traded Pac Man and Burger Time for Poker night and bourbon.

However, their sons, who were our Gen X boyfriends, took to these games like a frog takes to trying to cross a busy street. They gathered in groups, crowding around the Nintendo or PlayStation in the basement, crap-talking to each other, while we sat on the edge of the sofa, bored and impatient for them to grow up.

They did grow up. They went to college. And they brought their gaming systems with them. They discovered roommates with new consoles and games. They continued to grow, and these instruments of virtual destruction followed us into our cohabitations, where we thought it was cool to let our guys hold on to their youth and freedom before the wedding and the kids came and they REALLY had to grow up … except no. The games never went away. Instead, we acquired new consoles, computers, and games—barely under the guise of being for the kids. “He can’t even hold his own bottle and you bought him his own controller?!?”

I get it. The parents of our generation were really busy getting divorced and we all dealt with being ignored in our own ways. Video games were like live action Choose Your Own Adventure books and there were no wrong decisions because you could just hit restart. Or you could up, up, down, down, left, right, b, a and get a million chances to make wrong decisions. In some ways, during the era of ambivalence, video games were probably the most positive feedback guys got. And they carried that feeling of pride like a security blanket—”I may not be the most attentive husband, the most stand-up employee, or the best dad, but damn, I save the world from a post-apocalyptic zombie horde nightly, so there’s that.”

Those Who Game Together Stay Together?

However, that still leaves us, the widows, sitting on the sofa, bored and impatient for them to grow up. But there’s no more up to grow now.

I’ve tried to game with my husband. I enjoyed Neverwinter Nights. I still love playing Super Puzzle Fighter. I gave Minecraft about a minute of my time that I will never get back and I’m still salty about it. But I wanted to do stuff with him, and this was what he wanted to do. It ended up not being the right solution for either of us. He plays games to unwind, to let off steam. I, mistakenly, thought they were supposed to be fun.

Typically, I just dragged him down (“Wait… why am I just jumping in place?”) and most of the games he likes, I have no interest in. My world is full of enough anxiety that fighting insect-aliens or entering PVP scenarios with 100 strangers who all depend on me to … do something? “Do I cast a spell? Am I supposed to heal the guy hitting me? I don’t know what I’m doing!!” It just shattered my nerves.

Don’t get me wrong. There are LOADS of women gamers. Way more now than in my generation. There are people who meet online in raiding parties, who sit next to each other with headphones on, not talking IRL for hours on end, and who conduct their wedding ceremonies in-game. And that’s pretty cool. I’m glad it works for you. It just didn’t work for me.

A Window for Widowhood

In the end, I accepted my status as a video game widow, but I’ve limited it to a certain time period. Hubby and I hang out for a bit. We watch a show together, or we walk the dog together, or we play a card/board game with the kids. In the olden days, we’d put the kids to bed together. Now they have a phone to do that.

Then he retires to the basement to save the world, and I do my own thing. I read. I write. I exercise. I hate-watch tv or watch the shows he’d never watch with me. I go out for a drink with my friends. It may not be the ideal evening in terms of spousal togetherness, but when you consider other addictions he could have, I’ll take being a video game widow for a couple hours a night over almost any of those alternatives. 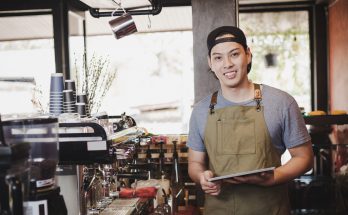